The Kilmacud G.A.A Club was founded in 1959 by a group of parishioners, led by local priests Fr Robert Walsh and Fr Martin Ryan.

The first public meeting took place on February 12th in St Laurence's Hall, where Stillorgan Shopping Centre now stands. This meeting was called to see what local support there was for the setting up of a G.A.A. Club in the area. In the event the meeting of about 50 people fully endorsed the idea and asked the founders to report back to a later meeting.

On the 12th February Fr. Robert Walsh C.C. (pictured here) presided over a meeting in St. Laurence's Hall which formed Kilmacud GAA club. Fr. Walsh stated that " the time was overdue to provide facilities for boys to play games . . . . . to encourage the spirit of nationalism symbolised by the GAA".

The first General meeting of the club was held on March 12th and attracted an attendance of over 60, where a collection of one shilling per person realised £3.30. Following a proposal it was agreed that the club colours would be a green jersey with white collar and cuffs, white shorts and green socks. These colours were later changed to the more distinct purple and gold, which were the local St Laurence's School colours. The necessity for a G.A.A. Club in the parish came about because of the great work being done in the local school by teachers Sean Brennan and Michael de Burca.

In its first year the Club fielded the following teams in Football at u13, u15, u16.5 and minor, and in Hurling at u13.5,u15. and junior. In the early years many competitions were won, including u13, u15 and minor football leagues, u13, and u15 hurling leagues. The Club played their games at various venues in those early years, including the land currently occupied by Kilmacud Church. In 1963 it was decided to purchase a 6.5-acre site behind the Ormonde Cinema as a permanent home for the club, and this was followed in 1965 by the purchase of the adjoining Glenalbyn House. 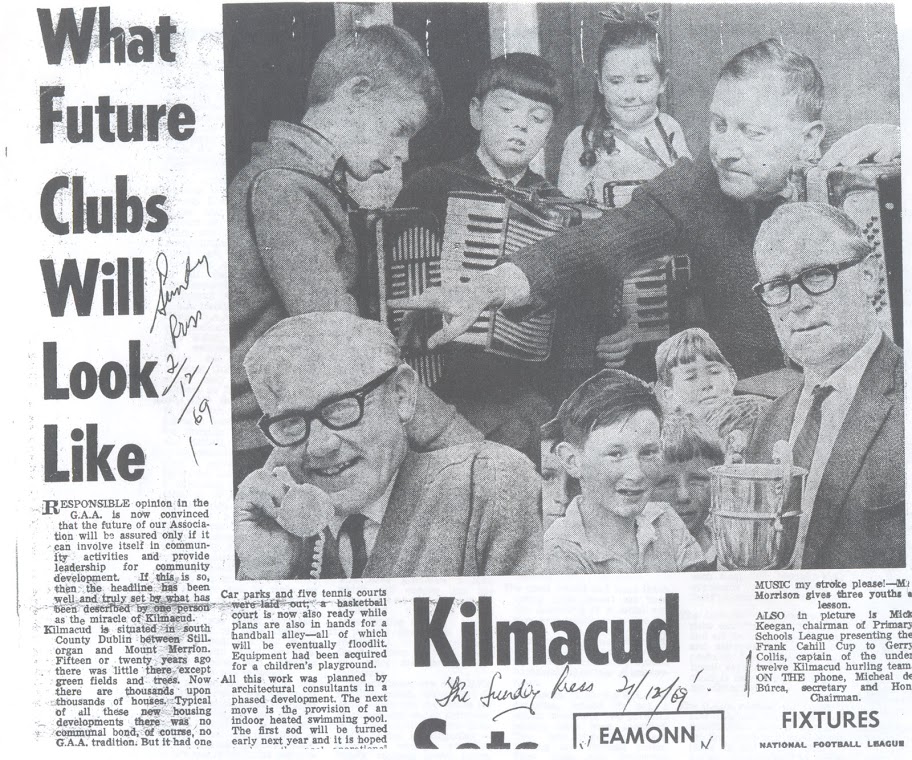 The Crokes Hurling Club was founded in 1922-23 by Michael Curran, the groundsman in Croke Park and achieved many notable successes down the years, before joining up with Kilmacud. The Crokes had only one team playing in the senior league at the time and, like a lot of single team clubs, were having difficulty attracting players. It was the period when big suburban clubs were starting up and Kilmacud had a very large catchment area to call on. The fact that there was now a senior Hurling club in Kilmacud gave the young players a target to aim for. The merger was an instant success when the club won the Senior Championship that year defeating St Columbas of Crumlin in the final.

In 1972, Benburb Gaelic Football Club from Clonskeagh amalgamated with Kilmacud Crokes. This marked a critical advance in the development of football in the community. The club could now field adult as well as under age teams.

Kilmacud GAA Club changed its name to Kilmacud Crokes GAA Club in 1971. Benburbs Football Club from Clonskeagh, through the good offices of John Sheridan, joined with Kilmacud Crokes in 1972 and provided extra managerial and playing strength to the football side of the club. The Benburbs Club was founded around the middle of the 1880s and the first All Ireland Final was played on their ground at Clonskeagh in 1888. 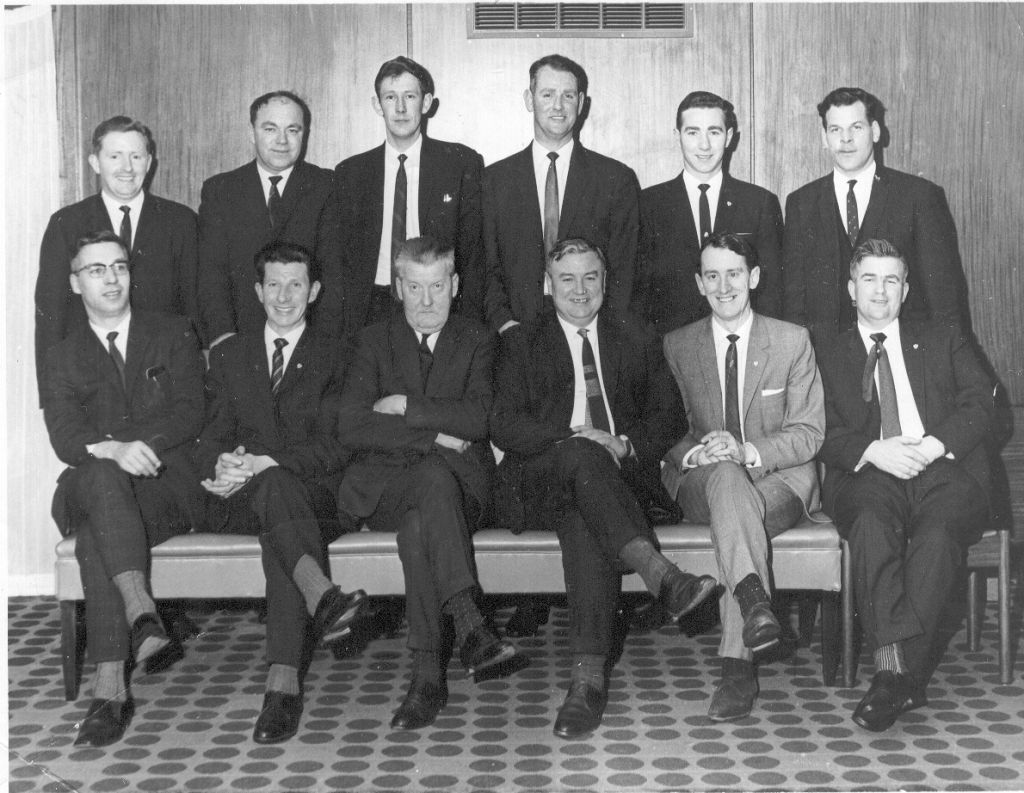 The Camogie section was started by Eileen Hogan in 1973 with the help of Bunny Whelan and Cora Cregg. Eileen had played for Dublin and won an All Ireland medal in 1955.

The Ladies Football Section was started by John Sheridan in February 1996 and has become a large section of the club in a few short years. They achieved senior status in 2000, when they won the Intermediate Championship and League.

By Cian O'Connell Gavin White is hoping to feature at some stage during the Allianz Football...