Home | Football | SENIOR FOOTBALL IN KILMACUD - THE JOURNEY TO THE TOP

SENIOR FOOTBALL IN KILMACUD - THE JOURNEY TO THE TOP

SENIOR FOOTBALL IN KILMACUD - THE JOURNEY TO THE TOP

Kilmacud Crokes is one of the top GAA clubs in the country.  It wasn't always so: we take so much for granted these days!

In the Spring of every year, the Senior Footballers are tipped by informed pundits for glory in the Dublin SFC and possibly beyond.  This is understandable for a club that has achieved so much including 2 All Irl Club Championships and 7 Dublin titles between 1992 and 2010 (see Roll of Honour).   The history of the club will show that the footballers achieved Senior status in 1977 but didn’t take part in the SFC until 1979 when they lost out narrowly at semi-final stage.  That year represented the culmination of a massive drive towards the top throughout the ‘70s by a group of men that were on a very focused mission.  The inside story of that journey, the heartbreak and the joy, is told with compelling authenticity, and no little literary style, by one of the players involved – Matt Cahill.  It is compulsive reading for anyone that wants to understand Kilmacud’s struggle to get to Senior level and the role of key clubmen such as Mícheál de Búrca, John Sheridan, Liam O’Flaherty, Danny & Billy Ryan, Jerry Parr, PJ Hough, Declan Carr, Gerry Walsh, Gerry Collins, Pat Duggan, Dermot Maher alongside Matt and others.

See this photo from the Team Reunion just over a year ago. 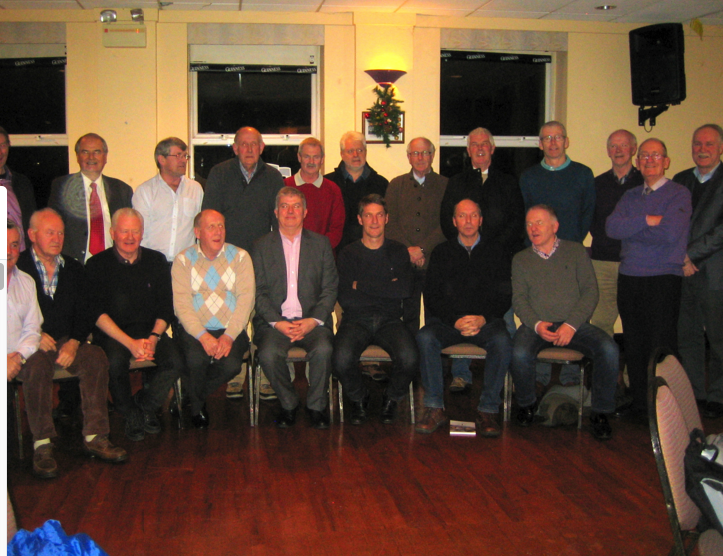 (Matt’s article “When Rivulets Became a River” was published by the Kilmacud Stillorgan Historical Society in their “Obelisk” magazine last year).

Click on the link to read 'When Rivulets Became a River' by Matt Cahill.

Armagh’s Rian O’Neill is the GAA.ie Footballer of the Week. The powerful attacker received 6,079...