Posted by Anonymous (not verified) on Wednesday, 17th March, 2010
Club

From 7.30am, as the long distance charity cylists set off, until well afer midday Glenalbyn was a hive of activity with two under 14 games, catering for three teams and welcoming home fatigued riders. 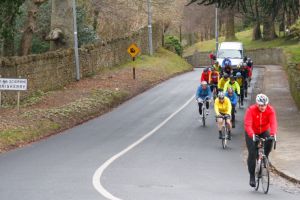 Before returning to Glenalbyn for refreshments, the seniors hosted St Martins from Kilkenny in Silverpark. The visitors were en route to support their fellow countymen Ballyhale Shamrocks in the All-Ireland Club final. This was a worthwhile challenge. At the end of a particularly competitive first half the home team led 0-6 to 0-5. Several substitutions were made during the course of the game which ended in a 1-15 to 1-7 victory for the Muckalee side. Among those to impress the new senior management were the stand out Rob O'Loughlin, Aodhan de Paor, Aidan Cleary and Barry Mulligan. 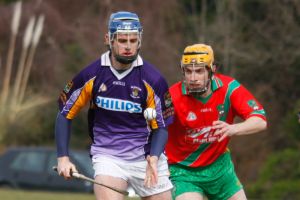 In Pairc de Burca the under 14A's entertained Kilmaley, on the Clare boys way to Croke Park to support neighbours Kimurray Ibrickane in the All-Ireland Club Football final. The Crokes lads proved too strong, winning 7-5 to 1-9, having been 3-5 to 1-5 to the good at the break. There were impressive performances from Eamonn Allen at centre back, Mark McCallion, Michael Crowley, Peter Herlihy and Conor Gowing.

Subs used B Sultan, C O'Connor and A O'Neill.

Across on the all-weather surface in the Paddock the under 14B's had a rip roaring 13 a side match with the visitors B team. After ten minutes it looked as if Crokes would win well when they led 3-2 to 1-0. Within a twinkling, on the short pitch, the game was turned on its head and Kilmaley led 6-2 to 3-3 at the end of the first period. The Crokes boys roused themselves for the second half, quickly reeled in their opponents and hit the front. Until the finish it was end to end stuff, with the lead fluctuating. Eventually Crokes ran out 12-5 to 10-4 winners.

There was some unfinished 2009 business for one of the Division 1 under 12 teams as they travelled to Albert College Park to play Na Fianna in the delayed League Final. This was a cracking game. Crokes scored two early goals to forge ahead By half time Na Fianna had recovered to lead 2-5 to 2-3. The second half was also well contested with the Na Fianna keeper in sparkling form. In the end the home team won by 5-5 to 2-7. Crokes had major contributions from Tom Fox, Mark O'Rourke, Ronan Hayes, Jim Gibbons and Alex Considine.

A particular word of thanks to all who put their shoulders to the wheel to look after our visitors and also to the charity cyclists and the organising committee who raised much needed funds for the Benevolent Fund.

By John Harrington GAA clubs are being encouraged to sign up for the 2023 Táin Óg and CúChulainn...