Crokes are Dublin Minor A Champions!!

The minor A hurlers played their championship final on Sunday against old rivals Ballyboden St Endas. The match was played in Parnell Park on a fine breezy morning. Crokes were missing Caolan Conway who had broken his thumb in a schools match the week before the game.

Crokes were playing with the breeze but Boden were very quick out of the blocks and scored with a free inside the 30 seconds. They then dominated the game for the next 10 minutes, at which time they were 1-03 to no score ahead. Crokes were struggling in all sectors but Matthew Geraghty, who was outstanding throughout, started the fight back with a good point from play. Ken Kelly followed up with a 70 and then after good work by John Huban and Ross McGowan, Barry Horan scored a fine goal. Boden hit back with a point before Ken Kelly burst onto a breaking balll from a James Muphy delivery to score our second goal. From the puck out we lost Emmet Doherty to injury and Boden added another point. With our half back line now dominating we were driving foward again and following a foul on Fionnan Motherway, Ken added another free.  Just before half time Cian MacGabhann burst out of defence with the ball and placed it low into the forwards, for Alex Pilkington to score our third goal and leave the half time score 3 3 to 1 5 for Crokes.

Boden had the benefit of the strong breeze for the second half, so we knew we would be up against it. The first 10 minutes were hard fought but Boden weren't able to convert their chances. Every man on both teams gave of their all but our backs, marshalled by Robert Murphy and Jamie Clinton, were superb. Oisin O'Rourke played as a third midfielder for the first 20 minutes of the second half and hurled everything in sight alongside Conal O'Neill.  Barry Horan never stopped harrying and forced the Boden backs into many mistakes. Boden got a goal and two points between the 10th and 20th minutes to leave a point in it but in the 22nd minute our long barren spell was lifted when Alex scored a fine point.  Boden came hunting again but Cian Gormley cleared and found Justin Cassidy. Justin drove the ball towards the Boden goal where it fell to Conor O'Dwyer, who drove it to the net. Boden took a quick puck out and scored a point. From Paddy Tighe's puck out Boden conceded a free, which Ken pointed for our final score of the day. Again Boden came raiding but Conor Devins cleared his lines and the referee blew the final whistle to the delight of the Crokes support.

On behalf of the management we would like to thank the players of both minor panels for their hard work and commitment through the year. They put the work in and deserved the reward of today’s win.

To see images of this match, click HERE or on the Team Photo below! 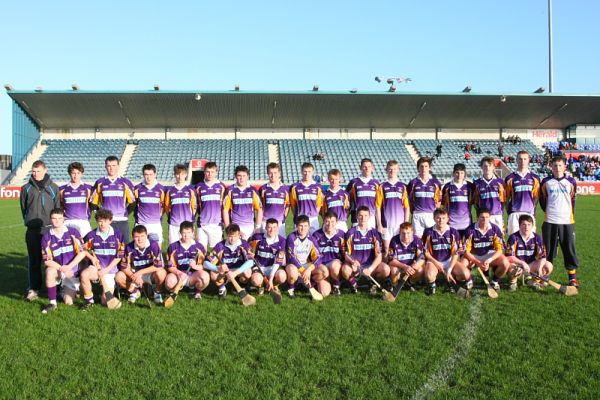 To see video highlights of the Crokes' goals click play below!

For more photos, courtesy of Darragh Hickey, click HERE or on the flashing camera below!

The public has voted Clare’s Shane O’Donnell the GAA.ie Hurler of the Week The talented forward...

Eighty club sides from Ireland, the UK, Europe and the US will compete in the John West GAA...

The referees have been named for this weekend's All-Ireland SHC semi-finals and Electric Ireland...