It is with sadness that we note the sudden passing of Dave Billings, St Vincents GAA and UCD GAA.

Dublin GAA has been plunged into shock and sadness with the news that Dave Billings has passed away. We send our heartfelt condolences to his wife, Annette, sons Liam, Cathal, Neal and daughter Hannah. Dave was a Gaelic games evangelist and dedicated large parts of his life to both football and hurling whether as a player, a manager, or as an administrator. He won honours in both codes at all levels including an All-Ireland Club SFC medal with his beloved St Vincent’s in 1976. He was a member of the legendary Dublin football team of the 1970s. Dave was a Dublin senior football selector during the regimes of both Tommy Lyons and Paul Caffrey when Dublin finally ended the barren spell of seven years without capturing a Leinster SFC title. His influence spread much further than the confines of the playing fields of Dublin city and county as Dave acted as a trusted mentor and guiding light to students from all over Ireland during his 18 years as UCD Gaelic Games Executive in Belfield. Go dtuga Dia suaimhneas síoraí dá anam.

The following are the funeral arrangements: -

Reposing at his residence on (Friday) 17th April 2015 from 6pm to 8pm. Removal on Saturday morning to St.Gabriel's Church, Dollymount arriving at 10.20am for Mass at10.30am. Funeral afterwards to Glasnevin Cemetery. No flowers by request please, Donations, if desired, to The Irish Cancer Society. House private on (Saturday) morning, please. 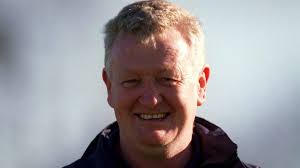 Munster champions Borris-Ileigh held to a draw by Toomevara