Where would you rather be than rubbing shoulders with some of the most renowned hurling clubs in the country.  That was the opportunity afforded to the Kilmacud Crokes under 14 hurlers on the weekend of 24th to 26th June as they stayed with Loughrea for the 2011 National Feile na nGael finals.

The boys and the large Crokes following had a ball.  The only dampener (literally) was the weather and that failed to take from the party.

That evening the squad with all the othe participating teams took part in the Feile parade in the town.

Then it was on to famed Duggan Park in Ballinasloe for a Quarter Final encounter against Na Piarsaigh of Limerick.  Crokes were unable to make the first half wind advantage count and eventually lost out by five points but not without putting up a great fight.

Saturday evening the hosting Loughrea club held a function in The Loughrea Hotel where presentations were made by each club to mark the occasion.

Lunch in Maggie Mays on Sunday was followed by a traditional music session featuring both Loughrea and Crokes panellists, further proof of the diverse range of talent present in the group.

Our sincere thanks to our wonderful hosts and especially to each of the hosting families.  Our thanks also to this great group of players and their outstanding management team of Colm Maher, Niall Butler, James O'Cleirigh, Dermot Connor and Paul Gorman as well as to Dr Teirnan Murray, Niall Corcoran, Martin Connor, Sean Gorman and Matthew Geraghty.  We also express our gratitude to the wonderful Margaret Keane, Eamonn O'Dwyer Eugene O'Rourke and all the many other who helped with the trip in any way. 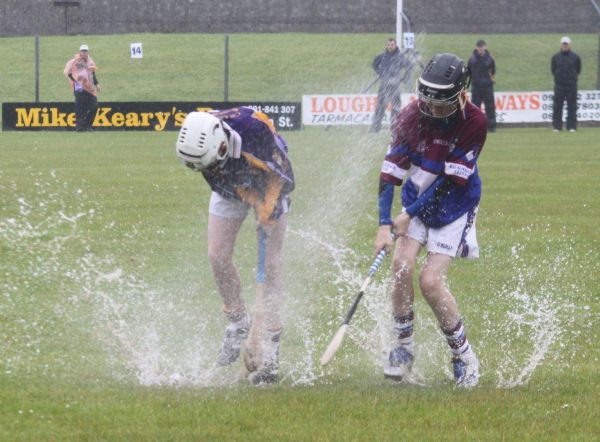 To see photos of Crokes in action at the Féile courtesy of Steven Dagg (and to get an idea about how bad the weather was!) click  HERE or on the photo above!

The draws for the Joe McDonagh, Christy Ring, Nickey Rackard, and Lory Meagher Cups were made...

By John Harrington Today's draw for the 2021 Leinster SHC championship produced some very...

By John Harrington Defending champions Limerick have been draw to play Cork in the 2021 Munster...