On a perfect August evening for hurling, albeit with the surface wet from a light shower, Kilmacud welcomed rivals Ballyboden to Silverpark for the Quarter Final of the Junior A hurling championship.  In a highly entertaining championship battle Boden had the upper hand of the very early stages and, in addition to a brace of wides, hit a point and a pointed free to nudge ahead.  Paddy Rath opened the scoring for Crokes with a well finished goal. Thereafter the home side settled and points followed for Shane O'Rourke, Ciaran McIntyre (2) - both from tight angles - Dara O'Gallchobhair and a superb long range effort from Peter Herlihy. Kilmacud had the better of the possession stakes for the majority of the 1st half, although perhaps not converting as many as as might be expected, leaving the half time score at Kilmacud Crokes 1-05 Ballydoden 0-06.
.
Barry Horan replaced the injured Ciaran McIntyre at half time. The home side added two pointed frees from Richie Power, to extend the lead to 4 points, before Boden raised their game and added a number of scores to bring matters level. Donal Keane came on for the injured Kevin Dalton and shortly afterwards Johnno Hayes replaced full forward Enda Madden, who had given his all. As the game entered the last 10 minutes Boden stretched into a 2 point lead. A superb point from the right wing by Dara O'Gallchobhair brought the margin down to the minimum. Boden again stretched it to two points, before a Richie Power point reduced the deficit to the minimum again. Boden again edged ahead by two. Conor O'Dwyer replaced Shane Canny in the middle and with time running out Johnno Hayes played a shot to the edge of the square where Richie Power contested strongly and, as the sliothar spilled loose, Paddy Rath struck for a goal. Joe Walsh replaced Richie Power for the final moments of the game as Crokes held out to take the spoils in a real championship encounter, decided by the bare minimum.
.
Panel: Paddy Tighe, Donncha O'Murchu, Dave Canny, Gearoid Finnerty, Peter Herlihy (0-1), James O'Keeffe, James O'Mahoney, Shane Canny, Shane O'Rourke (0-1), Dara O'Gallchobhair (0-2), Paddy Rath (2-0), Ciaran McIntyre (0-2), Richie Power, Enda Madden, Kevin Dalton; Andy Cullinane, Barry Brennan, Eoin Murphy, Brian Sheehan, Oisin O'Carroll, Ruairi Geraghty, Conor Sweeney, Damien McSweeney, Joe Walsh, Donal Keane, Conor O'Dwyer, Johnno Hayes, Barry Horan, Dan Coakley. 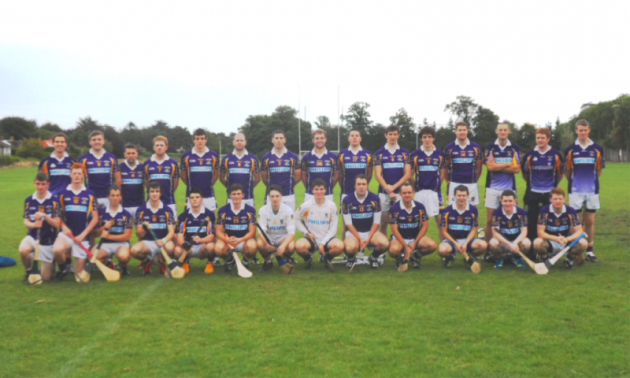 Junior A Squad that faced Ballyboden St Endas in the Championship Quarter Final on 24 August 2013
(Missing from photo: Damien McSweeney)

By John Harrington GAA clubs are being encouraged to sign up for the 2023 Táin Óg and CúChulainn...