The minor A hurlers had their first championship match on sunday against Lucan Sarsfields. After the rain the previous day Silverpark was damp but in good shape.

Lucan were first out of the blocks and it took a magnificent reflex save from Paddy Tighe to deny them a goal in the first few minutes. Crokes settled in to the game slowly and Ken Kelly opened the scoring with a fine point. Oisin O'Rorke scored next and it was nip ans tuck until the 25th minute when Ross McGowan scored a cracking goal and following good work by Justin Cassidy Ross scored a second goal a minute later. At half time it was 2 5 to 0 7 for Crokes.

Crokes went a further point ahead straight from the throw in with a fine point from Fionnan Motherway but Lucan took over and started chipping away. Our backs rose to the challenge with Jamie Clinton and Conor Devins to the fore. Fionnan kept us ahead with a number of frees but Lucan kept coming. With two minutes to go Lucan went for goal but Rob and John Huban stood tall and forced the turnover from which Jamie scored our final score. 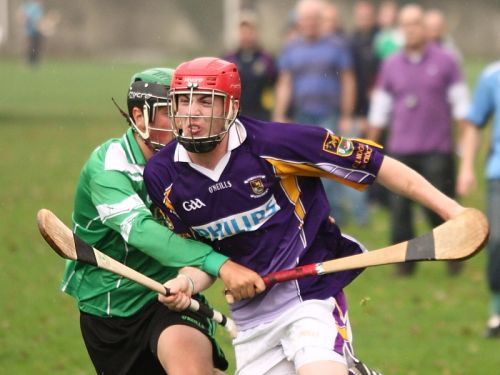 Eighty club sides from Ireland, the UK, Europe and the US will compete in the John West GAA...

The referees have been named for this weekend's All-Ireland SHC semi-finals and Electric Ireland...