On a bright and benign November day both teams served up a fine competitive encounter. In the first half Crokes started smartly, engineering efficient scores and pulled away with an opportunistic goal by Conor J O’Dwyer. Playing with a slight breeze Sylvesters tacked on a few points to keep the margin to the minimum (H-T St Sylvesters 0.9 Crokes 1.7).  The second half saw a lot of contest in the respective half-back lines – Crokes managing to stay ahead with a succession of O’Loughlin frees. The southsiders fielding a significant number of juvenile minors made their best efforts to keep the physically strong and mature Northsiders at bay. With 6 minutes remaining a breaking ball led to a Sylvesters goal and a 2 point advantage. Once more the Crokes lads went to the well. With a minute remaining a long-range Daibhid Corish free was batted out to the side of the square.  Andy Cullinane seized his opportunity and scored a goal through a thicket of defenders.  Crokes were in front by 1 point as the fat lady got ready to clear her throat …. But the game had now entered the Twilight Zone where the paranormal applies – where 1 minute became 4 minutes and a tackle became a foul.  Sylvesters won the free and brought the decider back to a draw. Normal Time Sylvesters 1.14 Crokes 2.11.

At the end of the first half of extra time to a strong and delighted home support Sylvesters forged ahead with a strong and fit display.  A fitful fightback by Crokes in the 2nd half couldn’t undo Sylvester’s undoubted superiority in extra time – AET Sylvesters 2.19 Crokes 3.11.

Best wishes to St Sylvesters and Raheny who contest the 2011 Minor C championship final. To our own Minor B panel thank you for your wonderful performances through 2011.  You won a lot of admirers from both your own supporters and opposing teams for both your skill and sportsmanship.  Keep the hurling faith, your future is bright. 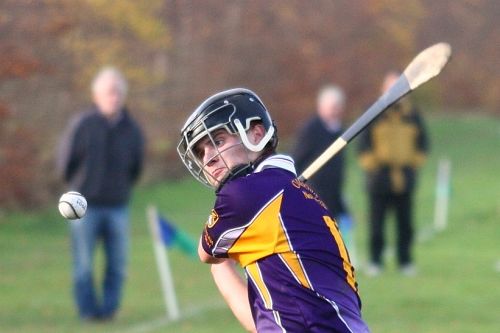 For images of the match click HERE or on the photo above.

By Cian O'Connell Derek Lyng has been ratified as the new Kilkenny senior hurling team manager....

GAA President Larry McCarthy has offered his sympathies to the family and friends of Dillon...