The Minor B's ended a successful league campaign on a high note when defeating O’Tooles in the Divison Three final at a damp and windy Commericals ground in Rathcoole.

The match was very much in the melting pot however up until the final minutes, as Crokes had to withstand an O’Tooles onslaught in the second half. Play was evenly balanced in the opening ten minutes or so, with the match level at three points each, Crokes playing with the aid of a strong breeze. Gradually Crokes began to assert supremacy all over the pitch, moving the ball quickly and getting the better of their physically superior opponents. A couple of great points by Ryan Conlan, Dara Mullin and Dara Ó Gallchobhair, Louis O’Sullivan and a smashing goal by Mullin put them firmly in control. Another goal by Éamonn Allen just before half-time and a brace of pointed frees by Ó Gallchobhair and Donncha Ó Murchú, left the Crokes leading 2-10 to 0-5 at the break.

O’Tooles made a couple of telling positional switches at half time and started the second half with real intent. A series of strong attacks by the northsiders resulted in them scoring a goal and six points without reply and what looked like an unassailable lead at half-time was back to just two points. While Crokes were reeling from the O’Tooles revival they showed considerable character and maturity in steadying the ship in the last ten minutes, with a combination of stout defending and some well-worked scores. Good points from play by Edward Campion and Mikey O’Dwyer, a point from a free by Dara Ó Gallchobhair and a suberb point at the finish by Cathal Keane-Breslin ensured Crokes secured the title on a scoreline of 2-14 to 1-14. A great team effort, despite the second half wobble, was enhanced by tremendous displays by Kevin Ó Flanagáin, Dara Mullin and Mikey O’Dwyer. 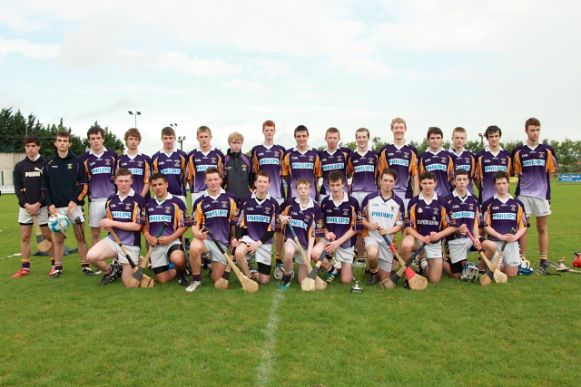 By Ivan Smyth Lavey overcame Slaughtneil in an all Derry derby to emerge as the inaugural...

Fundraiser for the Order of Malta in Tipperary

By Cian O'Connell Tipperary GAA will hold a collection at Sunday's rescheduled SHC match between...