Fantastic WIN for Our Senior Ladies 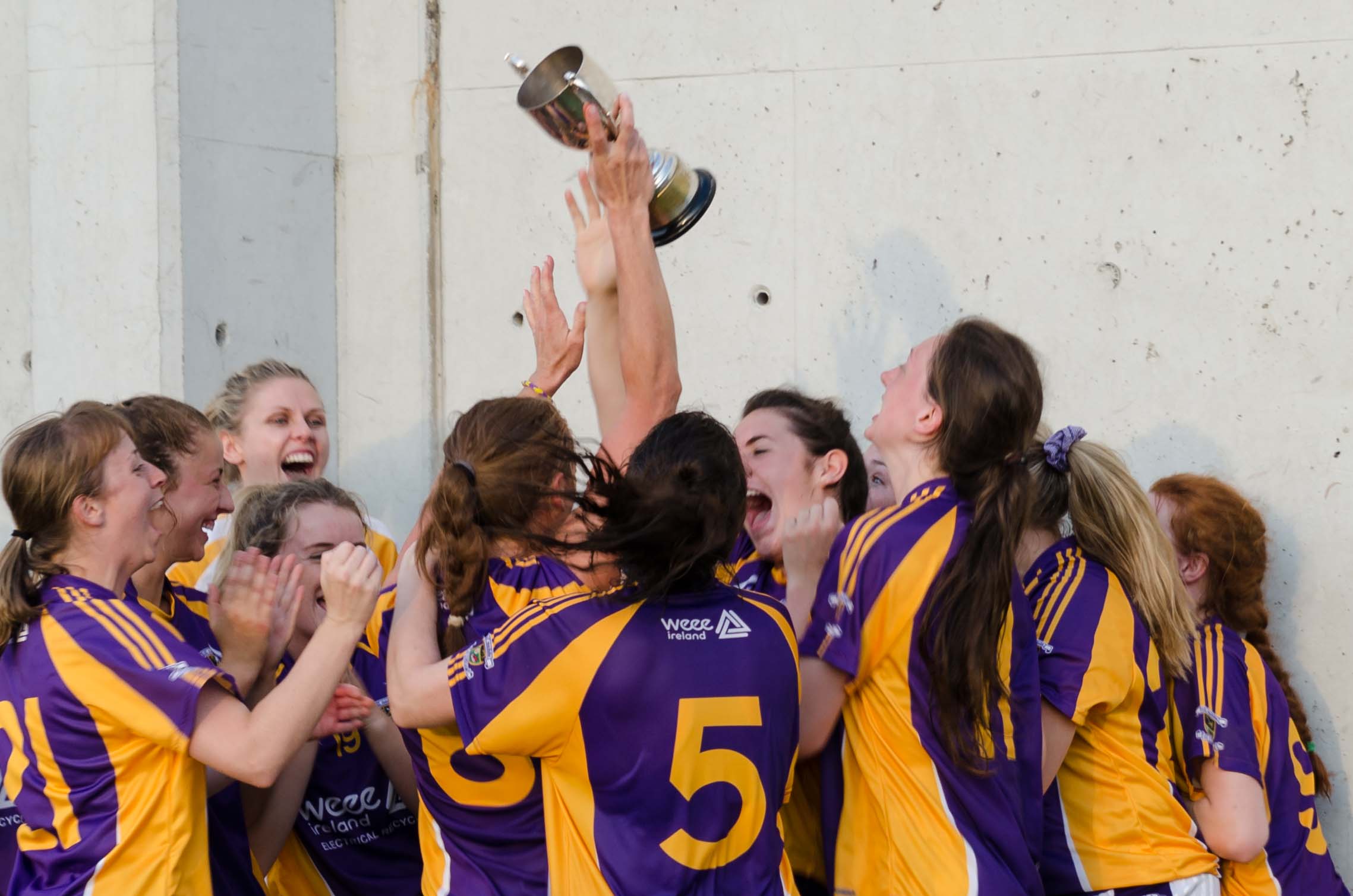 On the warmest day of the week, the crowds gathered in Lawless Memorial Park in Swords, for the Intermediate Championship Final where Kilmacud Crokes Ladies took on Parnell's Ladies, winning well with a final score of 2-8 to 1-4.

After the disappointment of losing out last year they weren't about to let go easily this year. Parnells, had Dublin ace Lindsey Peat to their strength, but the Crokes Ladies too had a host of star players in their line-up including Molly Lamb, Lauren Magee, Michelle Davoren, Ciara Regan, captain  Ann-Marie McBarron, Gillian O'Brien and Philippa Greene.

In the run-in to the final Crokes had good wins over Round Towers, Clontarf, St Margaret's, and were relishing the challenge of Parnells.

As they were led onto the pitch by their captain Ann Marie McBarron, we knew it was going to be a good night"¦the first score coming from Crokes"¦and it was a goal!! This was followed up by a lovely point from Éabha Rutledge. Parnells then scored a point, which was answered back by a point from Lauren Magee. A second point followed from Parnells, and Crokes were then denied another goal as it was saved by Parnells. But there was no mistake the second time as Crokes put away a second goal. At half time the scores stood at 2-3 to 0-2.

As the second half started, the first point went to Parnells, and they eventually raised the stakes with a goal, bringing the score to 1-3 for Parnells, and 2-5 for Kilmacud Crokes. Crokes followed up with points from Lindsay Peat, Alanah Jones, Michelle Davoran, and Éabha Rutledge. The full time score was 2-8 to 1-4.

The girls were warmly welcomed back to the clubhouse last night where Michael and his team in Kilmac's bar had laid on a great spread, the tables were set out and candles lit. We are all very proud of our girls and their management team, and rightly so as they gave it everything. Roll on the Leinster championship and watch this space"¦.

MAYO are through to a first Lidl...