HOME TEAM HOLD OUT AGAINST PORTROE IN THRILLING 7’s FINAL!

On a day marking the Centenary of the 1st ever Hurling 7’s tournament in Kilbeacanty, Co.Galway, the teams of Kilmacud Crokes and Portroe served up a final which was a fitting tribute to all that have gone before in the last 100 years!

The home side began brightly when Marc Howard hit the 1st point but they were quickly brought down to earth by the fire power of Kevin O’Halloran of Portroe who goaled on their 1st attack. (0-1 to 1-0)

Buoyed on by this, Portroe regained possession from the Crokes puck out and found Ruadhan Mulroney who hit a fine point to stretch their lead. ( 0-1 to 1-1)

Crokes dusted themselves down and re-imposed themselves on the game with Marc Howard scoring the next 2 points. ( 0-3 to 1-1)

Crokes were almost in for their 1st goal when Ronan Hayes cut in from the left but Darren Gleeson made a great save. From the puck out, Portroe attacked and Crokes full back Bill O’Carroll made a crucial catch to cut out a certain 2nd goal and then hit long to Ronan Hayes who was  about to “skin”  the defender before he was fouled.  Marc Howard converted the resultant free to level the match.( 0-4 to 1-1)

Portroe tried to launch an attack from the puck out but Crokes goalkeeper Cian Mac Gabhann swept up and hit a perceptive diagonal ball to Howard in the left coner. Howard cleverly stepped inside O’Halloran before driving a low shot into the net. ( 1-4 to 1-1)

From this point, Crokes dominated the rest of the half. In the 9th minute, Portroe had a line ball on the left  5 metres from their end line which the defender completely miscued and Ronan Hayes was quick to pounce on the mistake but as he headed for goal, he was cynically taken down by a  defender.

Fergal Whitely followed up with a long range point before O’Rourke added another free from the left side. (1-7 to 1-1)

Gleeson pucked long for Portroe but Mac Gabhann  swept up in his goal sweeper/”libero” role and fed Whitely who was through on goal but Gleeson again saved brilliantly before the defence scrambled the balll out for a 65 which Howard despatched to give his side a 7 point lead. (1-8 to 1-1)

O’Halloran and Howard then exchanged points to bring the score to 1-9 to 1-2 with half time approaching.

Portroe brought themselves right back into contention when awarded a penalty for a foul on John Sheedy in the square. Sheedy made no mistake to narrow the margin to 4 points on the stroke of half time. ( 1-9 to 2-2)

From the restart, Portroe kept up the pressure on Crokes when Sheedy scored a quick point from a free. ( 1-9 to 2-3)

Mac Gabhann pucked out long to Howard on the right who scored a fine point to settle Crokes nerves. (1-10 to 2-4)

The next score was arguably the goal of the whole 7’s tournament. Mulroney drove deep into Crokes territory and tried to find Sheedy with a pass to the left of the goal but he missed it and just as the chance seemed lost O’Halloran struck the sliothar as it hit the ground from an acute angle giving Mac Gabhann no chance of saving it. (1-10 to 3-4)

Having been pegged back, Crokes now faced a stern examination of their character. Whitely got the next point and then O’Halloran equalised again.  (1-11 to 3-5)

Mac Gabhann pucked out to Caolan Conway on the left who struck a great point to restore the lead. (1-12 to 3-5)

Gleeson pucked out long and with Portroe bearing down on goal, Bill O’Carroll  conceded a free which O’Halloran tapped over to draw level again. (1-12 to 3-6)

Mac Gabhann hit long and Ronan Hayes used his aerial strength to win the sliothar but was fouled before he could shoot for goal. Howard tapped over to edge Crokes back in front. (1-13 to 3-6)

Having weathered the storm, Crokes began to play again and Conway found Sean McGrath on the left who carried the ball past his man before unleashing a great shot past Gleeson. ( 2-13 to 3-6)

Mac Gabhann swept up the Portroe puck out and picked out Oisín O’Rourke on the right; O’Rourke took a while to get the ball under control before passing to Howard who played it back to O’Rourke who smelt blood and drove a low shot into the corner of the net. (3-13 to 3-6)

Howard and Conway followed up with further points and it seemed as if it was all Crokes but there were still 6 minutes of normal time left. (3-15 to 3-6)

Mac Gabhann hit the puck out long in the direction of Seán McGrath who pulled with a wild stroke which might have had serious consequences for Crokes  but Portroe goalkeeper Gleeson retaliated and when things “settled down”, Seán Kirby gave yellow cards to both McGrath and Gleeson. Instead of a free out, it was now a throw ball at which Portroe were penalised and in frustration one of the defenders appeared to push the ref. The ref diffused the situation by issuing a yellow card but Howard pointed the resultant free to restore a 9 point lead. (3-16 to 3-7)

As the game went into injury time, O’Halloran passed to James Ryan on the right and he carried before scoring a great goal to give Portroe a glimmer of hope. (3-16 to 4-7)

Portroe were now re-energised and won the puck out deep in their own half and worked it out to O’Halloran who carried in menacingly into Crokes “red zone” before passing to Mulroney who goaled to put the game on a knife edge once again! (3-16 to 5-8)

Mac Gabhann kept calm for the puck out and found Hayes on the right who drove at the heart of the defence before unleashing a great drive which Gleeson appeared to deflect over for a point – certainly the score board put it up as a point! However following discussion between the ref and umpires, a goal was awarded as Gleeson had deflected the sliothar into the goal and it went through a “hole in the net”!! (4-16 to 5-8)Crokes managed to repel the Portroe response and were awarded a free which Howard despatched deep in injury time and that should have been that. (4-17 to 5-8, ie 29 points  to 23 points)

However Portroe had other ideas and  drove deep into the Crokes area from the puck out and following concerted pressure O’Halloran scored yet another goal to make it a one score game. ( 4-17 to 6-8)

Portroe were looking for one more chance but just after the puck out, the final whistle sounded much to the relief of the Crokes faithful.

Having only won their own tournament twice before, this is a major achievement for Crokes in Anthony Daly’s 1st season at the helm and is the perfect  tonic as they face into the Dublin County Championship! 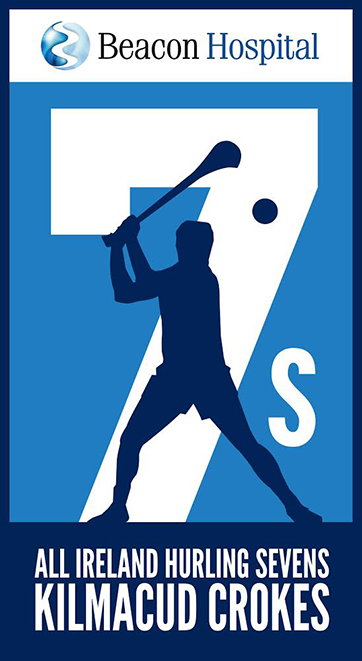